Center for Spiritual Living, Reno invites you to visit our Spiritual Community to explore new possibilities for your life.

We are a loving community, providing spiritual tools for personal transformation, creating a world that works for everyone! We honor all paths to God.

Center for Spiritual Living, Reno is an affiliated member of Centers for Spiritual Living in Golden Colorado. Our Center was chartered in 1963 as First Church of Religious Science. Over these past 50+ years, our name has changed but our teaching and principles have stayed the same.

We offer a practical spiritual philosophy teaching that draws on the wisdom of the ages and New Thought principles, in order to promote awakening and personal growth.

With a variety of services available, Center for Spiritual Living, Reno meets the needs of families, singles, children, adults, and seniors. Whatever your lifestyle or spiritual path, you will feel welcomed. Our spiritual community is ready to embrace, love, and accept you as you are. Everyone is included on the path to God!

If you are looking for a warm, dynamic, loving community of like-minded people, we invite you to visit Center for Spiritual Living, Reno and claim the life your soul is seeking. 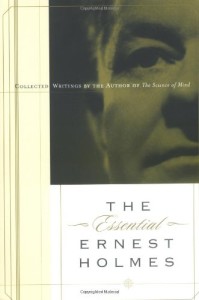 It was 1960. John F. Kennedy was President. The world was still recovering from its second world war and while life seemed simpler then, there was a growing discontent with the norms of traditional religion. The old answers failed to answer the new questions that were arising.

It had taken awhile for the New Thought movement that began in the late 1800’s to infiltrate to the Western part of the U.S., but it did. A handful of inquisitive and soul-searching individuals in Reno, Nevada began to look for other answers. Life-affirming answers. Answers that encouraged thinking, and the culmination of science and spirituality. And then they discovered the Science of Mind.

Unbeknownst to either one, two small groups began gathering in living rooms on opposite ends of town to study and discuss The Science of Mind by Ernest Holmes. When they eventually discovered each other, they joined together and the numbers soon grew. By 1963, they had enough members to become chartered with United Church of Religious Science. They were no longer a study group, but a bonafide church!

The membership longed to have its own place to call home. It took nearly 20 years, and through all the bake sales, rummage sales and other fundraising activities, they never lost their desire or vision. Eventually, they were able to buy the property on Lakeside Drive, and years later, in 1985, the new building was dedicated. In 1995, our Youth and Education Center was added and in 2004, the sacred garden.

Once called the “religion of healthy-mindedness” by the philosopher William James, the New Thought movement was born almost 150 years ago as a revolt against the negative dogmas so prevalent in the churches of that day.

It was the ideas and writings of Ralph Waldo Emerson that caused the New Thought movement to be born, coupled with the prolific metaphysical healings of Phineas Parkhurst Quimby, the writings of Judge Thomas Troward added much, as well as the lessons and healings of Emma Curtis Hopkins.

All were strong influences on Ernest Holmes.The early New Thought Movement was driven by the discovery that physical healing was possible through the power of mind and spiritual awareness. As that initial idea unfolded into successful application, New Thought students began to see that the power of an uplifted consciousness could also bring healing to negative circumstances and conditions in one’s personal life.

As it evolves today, 21st century New Thought is driven by a far broader intention. Planetary healing through self-realization is emerging as the new promise of these teachings.

“The Science of Mind is the study of Life and the nature of the laws of thought; the conception that we live in a spiritual Universe; that God is in, through, around and for us.”

From time to time, we are blessed to know people of apparent genius, people whose insight, understanding and love are influential in changing the thinking of whole generations, and whose impact will be felt for years to come.

Dr. Ernest Holmes was such a person. He began teaching in 1916 and founded the movement we know today as the Science of Mind and Spirit in 1927.

The philosophy is found in a textbook written by Dr. Holmes called The Science of Mind. It was first published in 1926 and revised in 1938.

Raised in New England in the 1800’s, over time he was able to piece together the profound knowledge of many of the world’s greatest spiritual leaders and thinkers throughout history.

He studied science, philosophy, and religion, seeking out the greatest minds in each of these various fields. Throughout this investigation, his desire was to synthesize what he learned, to “put it all together” into one practical, usable philosophy that would lead to greater happiness, success, and prosperity in daily life. He achieved this goal.

What is the Science of Mind?
It’s New Thought and Ancient Wisdom. Our message and teaching are based on the culmination of the world’s greatest spiritual truths—that golden thread that runs through all, the opinions and ideas of philosophy, and the laws of science.

The Science of Mind and Spirit, founded by Ernest Holmes in the early 1900’s, believes that there is One Mind, One Creative Power that is within each of us, available to us to bring forth health, loving relationships, fulfilling work, abundance and so much more.

Simply put, the Science of Mind teaches “There is a Power within you to create the life you want!” We believe that the secret to living a successful life is to consciously choose positive and productive thoughts. Put another way, “As you think, so you become.”

Written by Ernest Holmes, originally titled “What I Believe.” It is also known as our Declaration of Principles.

WE BELIEVE in God, the Living Spirit Almighty, one indestructible, absolute and self-existent Cause. This One manifests Itself in and through all creation but is not absorbed by Its creation. The manifest universe is the body of God; it is the logical and necessary outcome of the infinite self-knowingness of God.

WE BELIEVE in the incarnation of the Spirit in all and that we are an incarnations of the One Spirit.

WE BELIEVE in the eternality, the immortality and the continuity of the individual soul, forever and ever expanding.

WE BELIEVE that the Kingdom of Heaven is within us and that we experience this Kingdom to the degree that we become conscious of it.

WE BELIEVE the ultimate goal of life to be a complete emancipation from all discord of every nature and that this goal is sure to be attained by all.

WE BELIEVE in the unity of all life, and that the highest God and the innermost God is one God.

WE BELIEVE that God is personal to all who feel this indwelling Presence.

WE BELIEVE in the direct revelation of Truth through our intuitive and spiritual nature, and that we may become a revealer of Truth as we live in close contact with the indwelling God.

WE BELIEVE that the Universal Spirit, which is God, operates through a Universal Mind, which is the Law of God; we are surrounded by this Creative Mind which receives the direct impress of our thought and acts upon it.

WE BELIEVE in the healing of the sick through the power of this Mind.

WE BELIEVE in our own soul, our own spirit, and our own destiny, for we understand that the Life of all, is God.